As you near retirement, you can stretch your retirement dollars by saving taxes through strategic Roth Conversions. The goal is to help you save on taxes that you normally have to pay when you take money out of a Traditional IRA. We do this by being strategic about when you are recognizing retirement income, moving some Traditional money to a Roth in years when your income is low and you’re in a low tax bracket. This way, we’re able to “fill up” lower tax brackets that might otherwise go to waste.

This strategy only works if you expect your future tax rates in retirement to be higher than what they are today. We help clients figure this out. As we do financial planning for people nearing retirement, we’re looking at how future Traditional IRA withdrawals affect their taxes. This is particularly meaningful for people with large Traditional IRAs or 401(k)s, as the IRS forces you to take money out starting at Age 72 through a rule called Required Minimum Distributions.

Let’s look at how this works by first looking at the difference between a traditional IRA and a Roth IRA.

Roth IRAs are essentially the opposite. When you contribute money, you’re putting in after-tax dollars. But when you take money out, everything you put in and all the growth associated with that tax-free subject to some rules about your age and how long you’ve had the Roth IRA open. The major advantage of a Roth IRA vs. a Traditional IRA is that they’re not subject to RMD rules. This helps you avoid being forced to take money out whether or not you need the money.

How Does a Roth Conversion Save Taxes?

Let’s look at a hypothetical example of a client that might want to pursue something like this. Suppose we have done a retirement plan for someone and they want to retire in a year and they are going to take Social Security the year after that. They will actually have a year in which they won’t have any income. As we did their plan, we realized that during retirement they are going to be in the 22% tax bracket.

Given this scenario, we’d potentially recommend strategically recognizing some income in the year before they take Social Security so that we can “fill up” the 10% and 12% tax brackets. We’d recognize this income by converting a set amount of money sitting in a Traditional IRA to a Roth IRA. We call this a “Roth Conversion.”

For example, a married couple can take up to $80,000 out and stay in the 12% tax bracket. If they didn’t do a Roth conversion, they’d pay taxes at a 22% rate when they took the money out of their Traditional IRA while retired. This works out to $17,600 in taxes paid.

But, if we strategically do a Roth conversion of that $80,000 in that one year where they didn’t have any other income and they are in the 12% bracket, we could actually lower that tax burden down to $9,600.

This simple, well-timed strategy would save this couple $8,000 in taxes on that retirement withdrawal. Which means they end up with more money in their pocket. Roth Conversions can be a powerful strategy if you plan your pre-retirement years well. Especially if you expect to have several years when your income is low.

Take full advantage of Roth Conversions by creating “Income Gap Years”. We’ll talk about this more in the next video!

Hopefully, you can see how Roth Conversions can be a powerful strategy for maximizing your retirement value. If you’re curious about how this works and how this might apply to you, please call us we would be happy to help you. 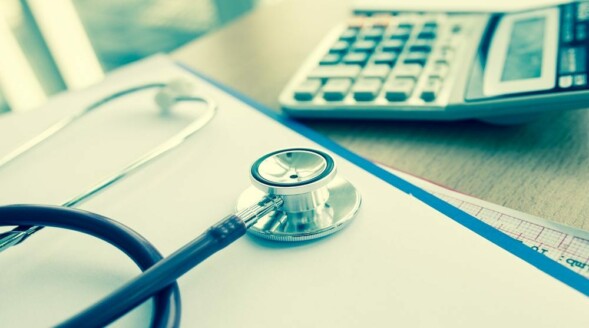 High Cost of Healthcare in Retirement 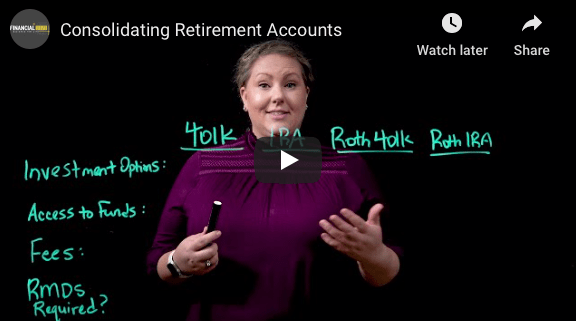 [Video] Consolidating Retirement Accounts| Do you have accounts with past employers you need to do something with? Should you roll these over?