[Video] States With No Income Tax

[Video] States With No Income Tax

One question that Michelle and I get a lot, especially as clients are getting closer to retirement, is, “Where should I look to relocate? I don’t want to live in a cold area. I don’t want to deal with snow. I want to move somewhere warm. But does that make sense from a tax perspective? From a financial perspective? Will my money last? And how do I make it last the longest?”
So this really an exercise, just to show you what states don’t have an income tax. There are actually seven (with a total of nine that tax in a separate way).
Let me explain: Seven don’t have any type of personal income tax.
Those states are Alaska, Washington, Nevada, South Dakota, Wyoming, Texas, Tennessee, Florida, and New Hampshire. So I said seven, but I actually wrote nine.
Because there are two states, Tennessee and New Hampshire, that don’t have any income tax, but they have an investment tax. So as you have interest and dividends, they’ll tax a portion of that. But all of these collectively don’t have any personal income tax.
So if you have wages, if you have retirement income, if you have investment income, in some of these you’re not paying a tax on the state level. On the federal you still will. So if moving makes sense to you, consider this in your evaluation.
Wondering how this could impact your financial future? Schedule a call with Michelle and Steve to discuss your portfolio today.

I want to share two recent stories that have shaped some new thinking and understanding for how I think people view financial planning. 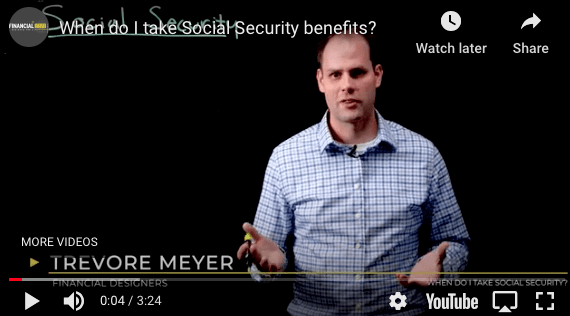 [Video] When do I take Social Security Benefits?