Oil Prices Spike: What’s The Impact On A Recession?

Saudi Arabia’s key oil fields were attacked this past weekend, knocking out 50% of their daily oil production. Oil prices spiked 10% as a result, and you’ve probably noticed that the cost of gas for your car immediately jumped as well!

With all the talk of a slowing economy in recent months, does this oil price spike make a recession more likely? Some recessions, such as those in the early 80’s, 1990, and before the Great Recession of 2008-2009 were preceded by a spike in the price of oil. The circled areas below highlight these events.

A recession is made more likely where there is a sustained spike in oil prices. This is because there’s a lag between when oil prices go up and when those higher prices are passed on through the economy’s supply chains.

Oxford Economics estimates that a sustained $10 spike in the price of oil would negatively impact the economy’s Gross Domestic Product (GDP) growth by -0.1% in 2020. That’s not an insignificant impact, but it’s not particularly large, either. The real risk is if oil prices increase by more than $10 and stay there for an extended period of time. 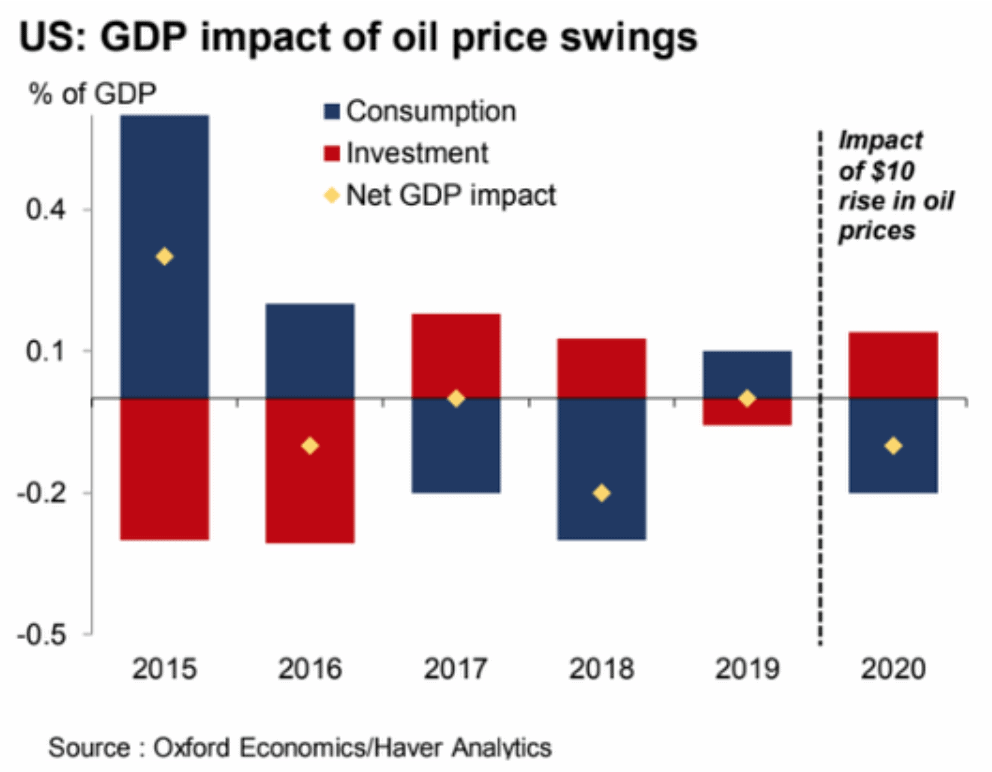 At the time we’re writing this piece, Saudi Arabia has announced that it’ll be able to restore half of its lost production by the end of September. President Trump also announced that the U.S. stands ready to release oil from its Strategic Petroleum Reserve to help combat any price disruption. Hence, it appears this oil price spike will be temporary and won’t negatively impact the economy much going forward.

Surprisingly, the stock market has taken this uncertainty with stride! That’s because the Fed will be cutting interest rates this week, which as we noted last week is a big reason why the stock market remains near all-time highs.

Wondering how this affects your investments? Schedule a call with Financial Design Studio to discuss your portfolio today.