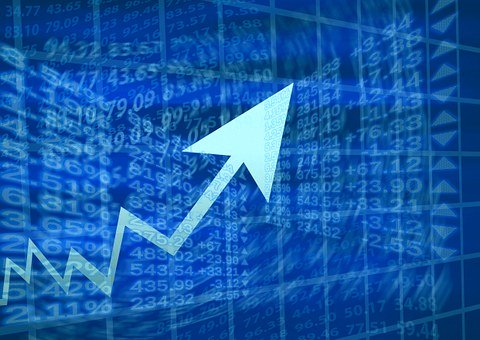 Economic data since the onset of the COVID crisis has been grim. But a recovery is happening and recouping a good portion of what was lost. In short, there’s an economic bounce underway!

Before COVID-19 came to the U.S. in early Spring, the economy was growing about 2% annually. That’s a solid (not great) rate of growth and typical of the growth we’ve seen since the Great Financial Crisis 10+ years ago.

The government response to COVID was dramatic, with many parts of the economy completely shut down. Restaurants and schools closed. Global trade routes halted. Commuter traffic down to a trickle.

How Strongly is the Economy Recovering?

Many of these dynamics are still playing out, but since April the economy has started to recover.

The Atlanta Federal Reserve publishes a real-time estimate of economic growth in the current quarter. Called “GDPNow,” it looks at each economic data release and tries to predict its impact on current quarter growth. It then compares this estimate to the “Blue Chip” consensus forecasts of leading economists.

We’ve always found the GDPNow estimates to have good predictive power of the official quarterly economic growth rate published by the government. And they’re predicting a big rebound in the third. 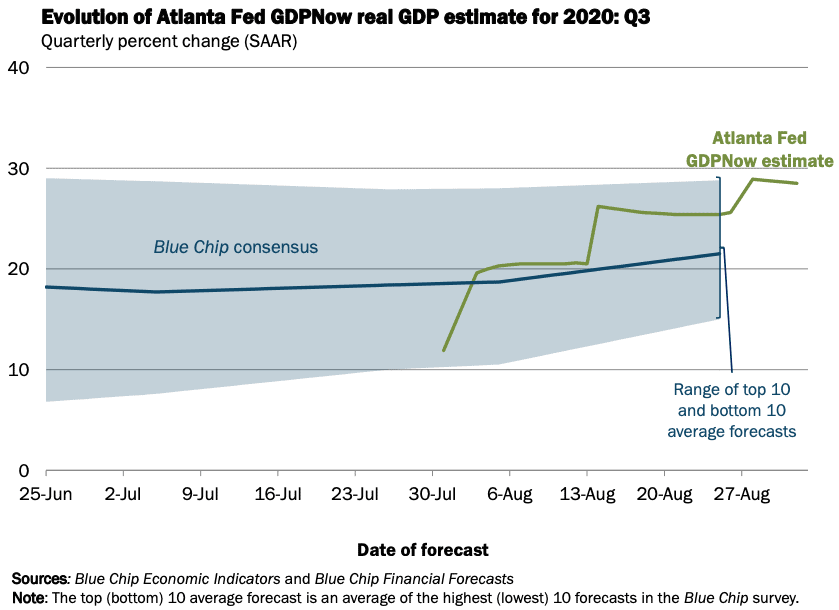 As of September 1, GDPNow is calling for annualized third quarter economic growth to be north of +28%. Obviously that’s a huge number, but that follows a -33% drop in the second quarter!

It’s important to point out that the government reports quarterly economic growth in terms of “annualized” growth. U.S. economic output didn’t literally drop by 1/3 in the second quarter. It declined by -8.2%, which if you multiply by 4 gets to the -33% “annualized” reported number.

To help you see exactly where the economy is at compared to where it was pre-COVID, we’ve created the graph below. Using June 2019 as a baseline (100), we’ve extrapolated current economic output through September 2020 using the Atlanta Fed’s GDPNow estimate for this quarter. 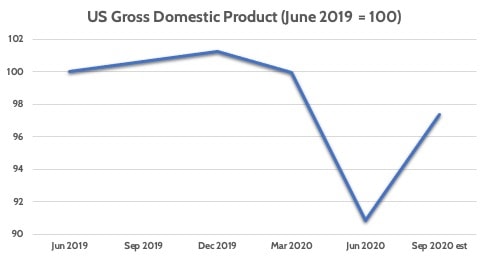 If the GDPNow estimate is right, U.S. economic output will be about -3.8% lower than where it was in December, the last clean quarter before COVID. For comparison, the peak-to-trough drop during the Great Recession of 2008-2009 was -4.0%.

Clearly the swiftness and severity of the COVID crisis was way worse than what we saw in the Great Recession. But if these third quarter estimates hold true, we’ll be in a very similar position to where we were at the end of the Great Recession. Economists would say we’re in a V-shaped recovery.

It can feel like things are still bad and getting worse even as the economy is in the initial stages of recovery. The unemployment rate and housing foreclosures didn’t peak until AFTER the official end of the Great Recession.

However, the message here is that an economic bounce is underway. It’s likely to drag out given the scale of the shock. But we can at least take comfort that it’s not getting worse anymore.