For high income earners, the Mega Backdoor Roth strategy is one of the best ways to save a lot more money for retirement. With people living longer and spending more years in retirement, it’s critical to save enough money to cover living costs in retirement. More employers are adding the Mega Backdoor Roth feature to their 401(k) plans. But too often, employees are unaware of the strategy, or they just don’t know how to do it! This post will walk through the following topics:

How Much More Can You Save for Retirement With a Mega Backdoor Roth Strategy?

Not all companies allow you to make after-tax contributions to your 401(k). But if they do, it can mean that you can put in close to twice as much into your 401(k) as you could with just salary deferrals and catch-up contributions!

Why is it Beneficial to Get Retirement Savings into a Roth?

There are two tax-advantaged ways to save for retirement: through a Traditional or Roth IRA, 401(k), 403(b), etc. The major difference between the two types of accounts is when you get taxed. For a Traditional IRA or 401(k), you get a tax benefit when you contribute, but pay taxes when you take money out in retirement. Roth IRAs and 401(k)s are the opposite: you pay income taxes today, but can take money out in retirement tax-free.

When helping people with their retirement plans, we often talk about having good “tax diversification.” This means a client has a good mix of taxable accounts, Traditional IRAs & 401(k), and Roth IRAs & 401(k)s. Having these three accounts at your disposal in retirement allows you to control how much tax you pay in retirement. How?

Many people nearing retirement have large Traditional IRAs and 401(k)s, but little in Roth accounts. At age 72, the IRS forces you to take Required Minimum Distributions (“RMDs”) from Traditional accounts. Looking at the graph above, you see that when you take money out of a Traditional account, you have to pay ordinary income taxes on what’s withdrawn. Effectively, RMDs force you to pay tax!

If this same client had a better mix of Traditional versus Roth accounts, then not only would their RMDs be smaller (because the size of their Traditional accounts would be smaller), but they’ll pay less tax as well.

There are several ways you can get money into a Roth account:

We will focus on the last way – Mega Backdoor Roth – as this is a great way to “stuff” a lot of money into a Roth account.

Some common aspects of both strategies is that they’re best for people who are already “maxing out” their 401(k) salary deferrals. This is particularly the case for high income earners, as maxing out your pre-tax contributions to a 401(k) help reduces your current tax bill.

Another commonality between them is that they’re funded with after-tax contributions. That means you don’t get any tax benefit today from making contributions as part of these strategies. Which isn’t a bad thing if you can avoid paying taxes in the future.

The very first step before pursuing a Mega Backdoor Roth strategy is to make sure your employer plan allows them. Many plans don’t, even at some Fortune 500 companies. Thankfully, more companies are adding this feature, but you’ll have to do some homework on your plan to see if you can do a Mega Backdoor Roth.

The place where you need to begin your investigation is your employer’s 401(k) “Summary Plan Document.” It may be called something slightly different. But it’s the document that lays out all the benefits and rules of the 401(k) plan you take part in. Once you have that, these are the key features you need to look for.

Second, the plan must allow you to move after-tax contributions into a Roth account. This is where it gets more confusing, as there are two ways companies can “allow” you to do this.

We’ll discuss the mechanics in a minute. But at the very start of your investigation into the Mega Backdoor Roth strategy, make sure your plan allows BOTH of the features above. Otherwise, the strategy won’t work.

How Much Can I Put into a Mega Backdoor Roth?

If you’ve determined that your plan allows a Mega Backdoor Roth strategy, the next thing you need to figure out is how much you can put into it. This is going to require some math, and it’s important to get the math right so you don’t accidentally over-fund your 401(k). Here’s the formula:

We already mentioned earlier that there are four ways money can get into your 401(k) each year. This is just a different way to look at it. If we take the example of the Participant Age 50 in the first table above and apply this formula, we can zero in on exactly how much their after-tax contributions could be – and hence, the size of their Mega Backdoor Roth.

The most confusing part of this equation is often the amount of the company match. That’s why it’s critical to do the math – and check it twice – before pursuing a Mega Backdoor Roth

Steps to Do a Mega Backdoor Roth Strategy

Once you’re making after-tax contributions, the steps to execute a Mega Backdoor Roth strategy are as follows.

For those who work at a company that allows in-plan Roth conversions, the process is very simple. Once you make your after-tax contributions, you simply have to log into the system and convert those contributions to the Roth 401(k) option of your plan. Most plans that offer this feature will do this automatically if you tell them to. But if they don’t, you’d want to convert those contributions soon after making them so you don’t have to deal with taxes on any investment growth.

In-service withdrawals of after-tax contributions means you’re allowed to move money out of your 401(k) plan completely. That money is then put into a Roth IRA account that you have opened in your name. This method is a little more cumbersome than plans that allow Roth conversions directly in the plan. But it achieves the same result. You’ll have to check the specifics of your plan as there are often limitations on how often you can make these withdrawals; for example, once every 90 days.

Regardless of which method is available to you, the result is that you’re able to get a lot of money into a Roth plan. That money grows tax free into retirement and is tax free when you take it out in retirement. That’s not only allowing you to save more for retirement, but is giving you greater control of taxes while you’re in retirement!

The challenge of saving enough for retirement is something that every high-income earner faces. The higher your income, the higher the living expenses you likely need to sustain your lifestyle in retirement. Social Security will only cover a portion of what you’ll need, meaning you need to provide for the rest.

After maxing out your 401(k), the Mega Backdoor Roth strategy is the “next best” savings strategy for you to look at. Not only can you save substantially more beyond your pre-tax 401(k) contributions, but you can direct that money into a tax-advantaged Roth account.

As mentioned many times in this article, pursuing a Mega Backdoor Roth strategy is going to take some investigative work and some math. It’s critically important to make sure you’re doing everything correctly because if you make a mistake, it can lead to an unwanted tax bill.

Part of what we do for clients is to do a thorough analysis of all the employee benefits available to them. We look for opportunities to do a Mega Backdoor Roth and then guide clients through the entire process.

Next Steps for the Mega Backdoor Strategy

If you’re a high-income earner feeling like you need to save more for retirement, please reach out to us so we can figure out the best way to prepare your family for retirement. Doing the work now could mean the difference between a good retirement and a great one, and may even mean retiring early! 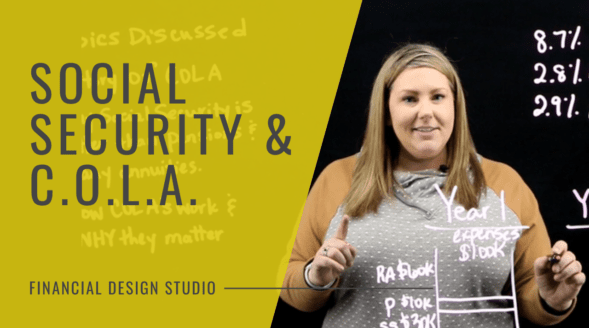 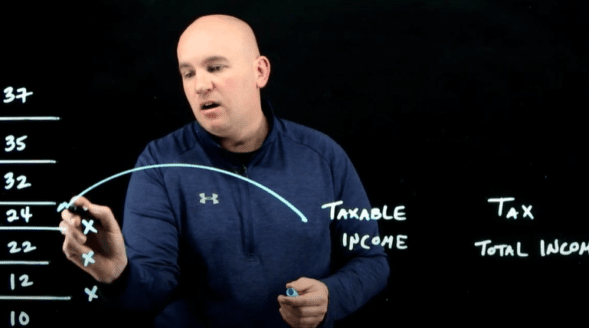