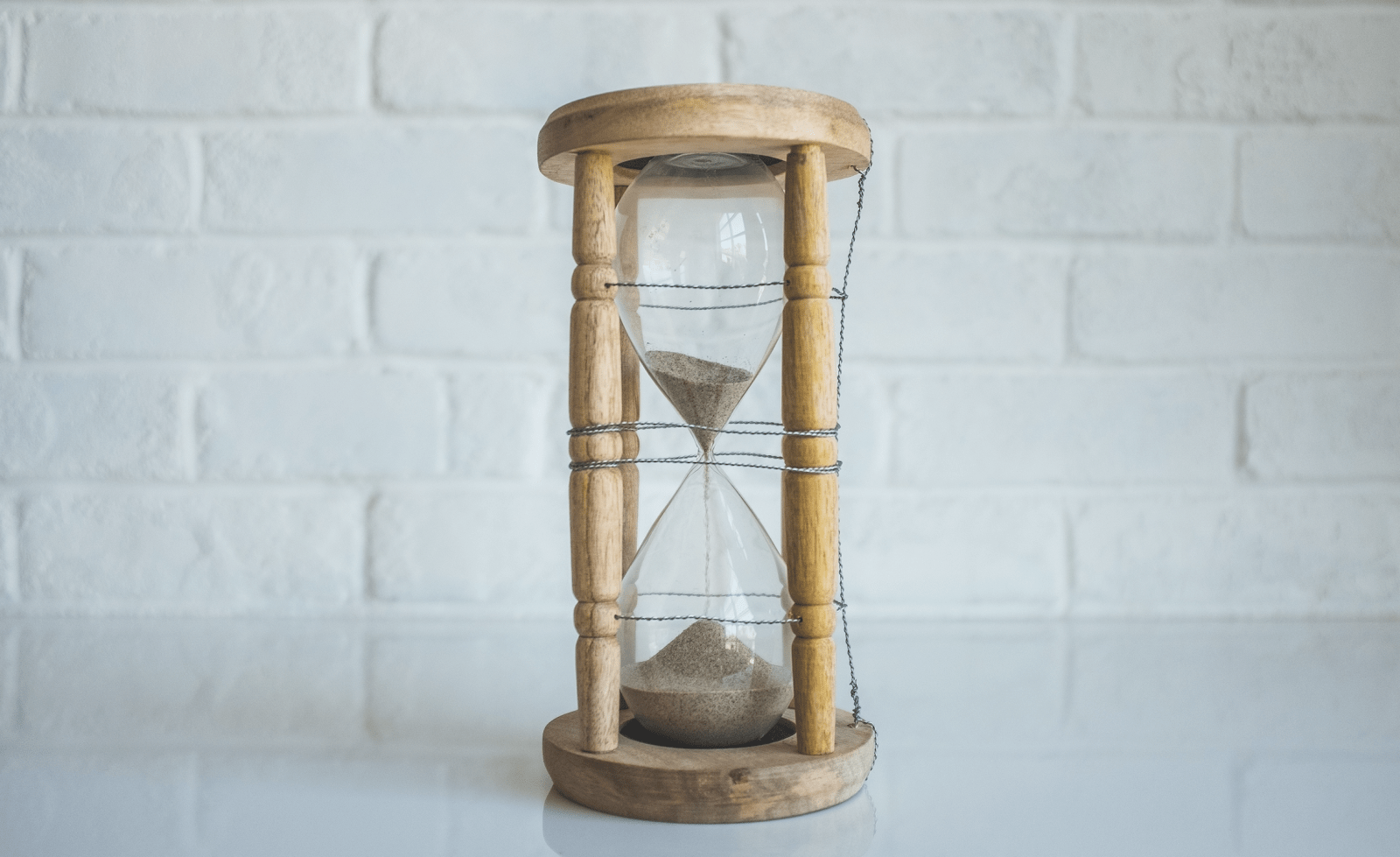 The High Price Of Trying To Time The Market For Profit

“Is now a good time to get into the market?”

“There seems to be a lot of bad news out there…should we sell now and get back in later?”

Trying to time the stock market is as old as the stock market itself. Investment “professionals” have made millions of dollars over the years peddling newsletters that claim to help investors time the market. They never work. And if they did, why would they be selling you a newsletter telling you how to do it instead of simply doing it themselves and keeping all the gains!?!?

But how costly is timing the market?

Fidelity recently did a study of stock market returns since 1979. And they looked at how much an investor’s returns would’ve been hurt by being out of the market on the days that the stock market had its biggest moves higher. The results are stunning. 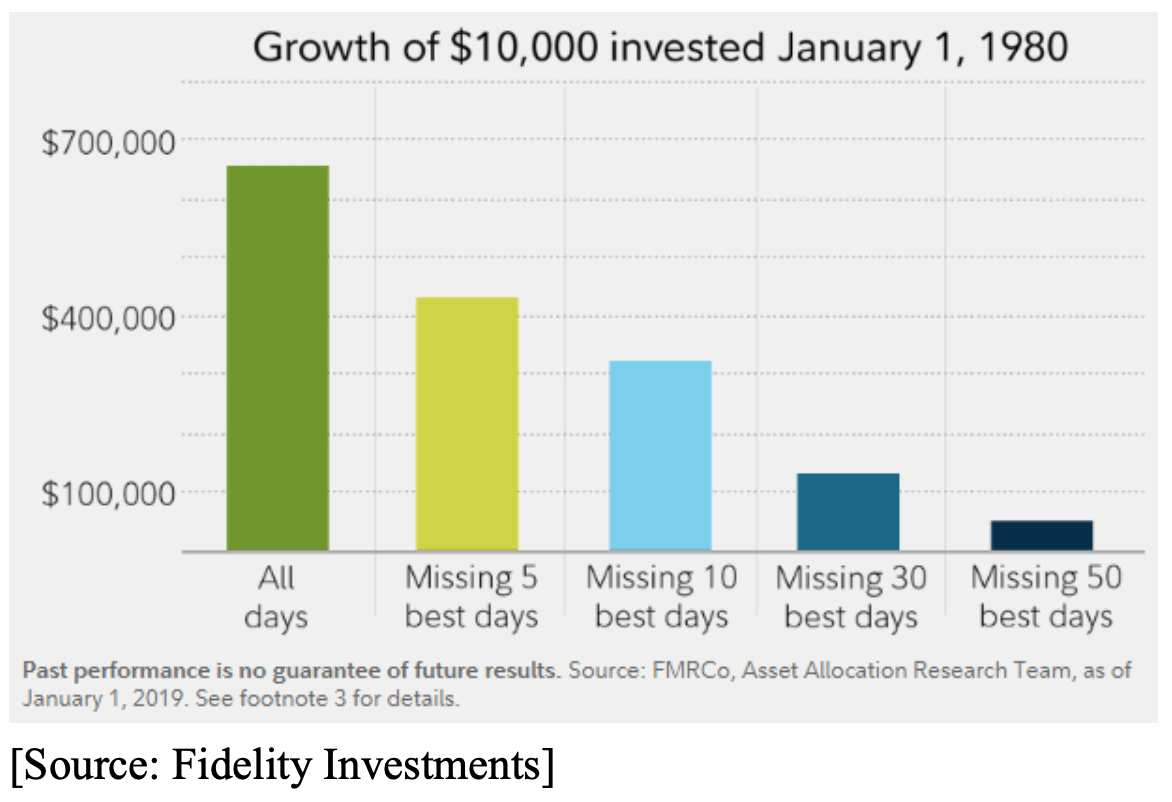 There have been over 9,800 trading days since the end of 1979. By missing just the 5 best of those days, an investor would have 33% less in their portfolio compared to the investor who stayed in the market the entire time.

Had they missed the 10 best days, they’d be sitting with about half the portfolio that they would’ve had if they had stayed fully invested the entire time.

More interesting is when some of those best days happened. Two of the stock market’s best days during that time were in October 2008 after Lehman Brothers went bankrupt but before the market bottomed in March of 2009. The third best day was two days after the Crash of ’87. Who would’ve had the guts to buy stocks in the middle of those events?

Here’s the problem with trying to time the market…

You not only have to be right about the direction the stock market’s going to go. But you must also be right about WHEN that move will happen. No investor – not even Warren Buffett – has been able to do that consistently.

Instead of trying to time the market, we at FDS believe that sticking to your investment plan and taking what the market gives you is the best strategy. In plain English that means staying fully invested and employing a disciplined rebalancing strategy.

No one can time the market. But by being disciplined we can avoid the emotional pitfalls that have hurt investors in both good markets (greed) and bad markets (fear).

Wondering how this affects your future finances? Schedule a call with Financial Design Studio to discuss your portfolio today.