Why Are Gold Prices Rising? 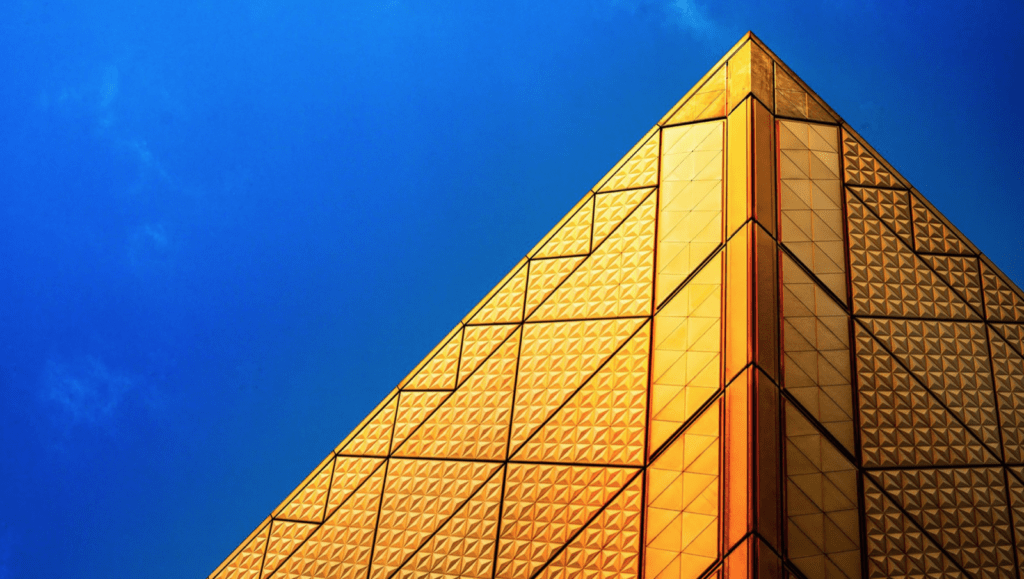 Humans have valued the possession of gold since the dawn of time. They’ve valued it as jewelry or as a store of value, sort of like money that can be bartered and exchanged for other goods. Recently, gold prices have started rising. Let’s see what’s driving it.

Gold is a Different Type of Investment

Gold is an odd fellow. Some view it as a relic of a bygone era when the value of currency was directly tied to it. Others see gold as an important store of value that hedges against uncertainty and inflation.

What we know about gold is that its price is highly unpredictable.

It can have fantastic runs in price, followed by long stretches where prices are down or stagnant.

The chart below shows gold’s price since the late 60’s. 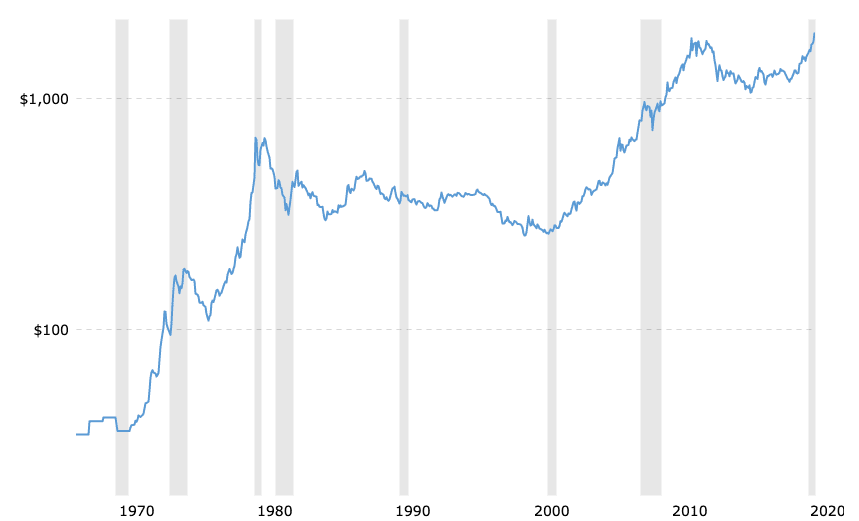 The price of gold took off when Richard Nixon officially abolished the U.S. dollar’s link to gold in 1971. Oil prices were climbing due to OPEC embargoes and inflation started to take off. The price of gold followed suit, rising strongly throughout the 70’s.

After Fed Chairman Paul Volcker took the reins in the early 80’s and declared war on inflation, gold went into a 20-year hibernation. Prices declined steadily right into the new millennium.

Gold had a revival in the early 2000’s as China and India started to grow, lifting millions in the middle class. But gold again went dormant from 2011 through early 2019.

The Price Of Gold Today

In the last year gold has once again started to rally, rising about 50% since June of 2019. Is it because of uncertainty? Or because of the Federal Reserve’s aggressive monetary easing?

It’s hard to pin-point an exact reason why gold prices have increased so much in the last year. But there are some clues.

First, we’ve seen real 10-year U.S. Government bond yields collapse to below zero this year. When I say, “real yield,” what I mean is “inflation-adjusted.”

Since the onset of the coronavirus pandemic, we’ve seen real yields on 10-year bonds decline to well-below 0%. 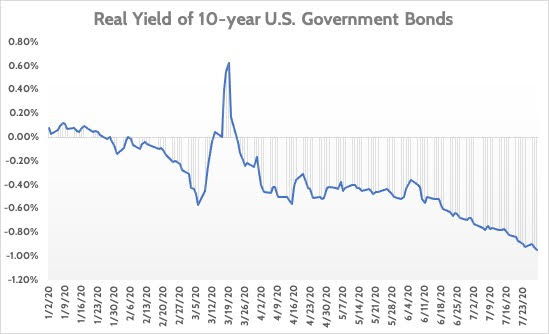 Why do real yields affect the price of gold?

One of the strongest arguments against owning gold is that it generates no income, unlike a bond. In normal times, if you can get 5% interest in a bond, why would you want to put that money in gold that gives you no interest?

But in today’s world, where the real yield on owning a bond is negative, the prospect of getting 0% out of gold doesn’t look so bad! It’s a classic “store of value” play and gold is once again taking its place as a safe store of value.

Another reason we believe gold prices are rising is because the Federal Reserve and other central banks around the world have begun to engage in even more “unconventional” monetary policy. 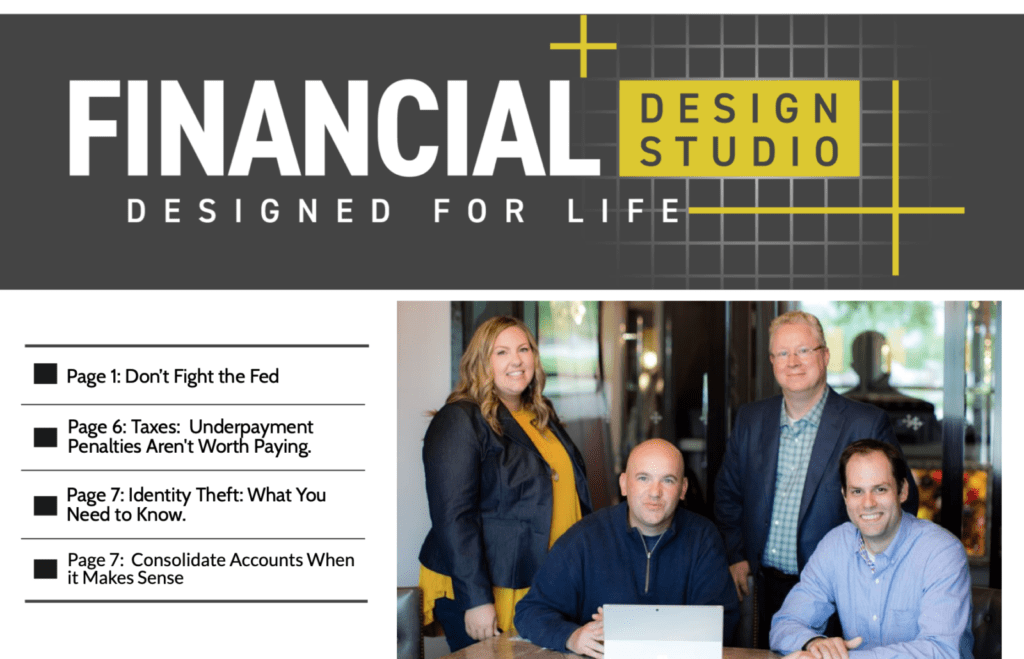 We wrote about this issue more extensively in our May 2020 Newsletter.

In March 2019 Federal Reserve Chairman Jerome Powell gave a speech at Stanford talking about the future of monetary policy in a world where interest rates were near zero. In our view, that speech was laying the groundwork for launching what many policy wonks call Modern Monetary Theory, or MMT for short.

MMT argues that there’s no limit to how much debt a government can issue, as long as the central bank is buying up a lot of that debt. Essentially, MMT adherents argue that money is “free” as long as it can be printed.

When we look for clues about gold’s run of late, it’s hard to not notice the price starting to take off shortly after Powell’s speech. 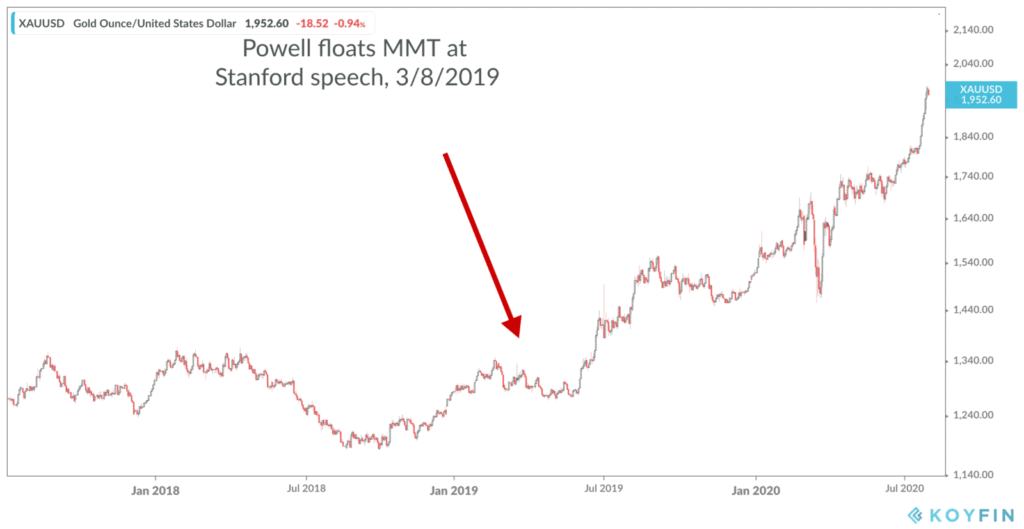 In fact, the coronavirus pandemic opened the door to the Fed moving forward with this new MMT policy. Our government has issued trillions of dollars in debt to combat the pandemic, and the Fed has been buying up a lot of that new debt.

Going back to our Econ 101 classes, we understand how supply and demand affect prices. If the supply of widgets increases by a lot, the price of said widgets will decline as people won’t have to fight as hard to get a widget.

The same thing is happening with money. The Fed is essentially “printing money” by buying up debt that’s issued by the government. More money = more supply, which means the value of the dollar is eroding. When that happens, we get inflation.

People aren’t stupid, and if the value of what they hold is being eroded, they look to own something else.

That ‘Something Else’ is gold, a tried-and-true store of value that has stood the test of time.

How long this goes on and how high gold prices go is anyone’s guess. The roadside is littered with market experts making wrong predictions about the future price of gold.

But we at FDS see the world through the lens of a Federal Reserve that has abandoned any sense of monetary discipline. Paul Volcker is rolling in his grave, aghast at the types of policies this new generation of Fed Governors is pursuing.

We don’t see anything on the horizon that’s going to stop the Fed from pursuing even more unconventional policy. We’re only in the very early stages of this crazy, academic, MMT experiment. And if that’s the case, then the dynamics supporting gold prices will also remain in place. 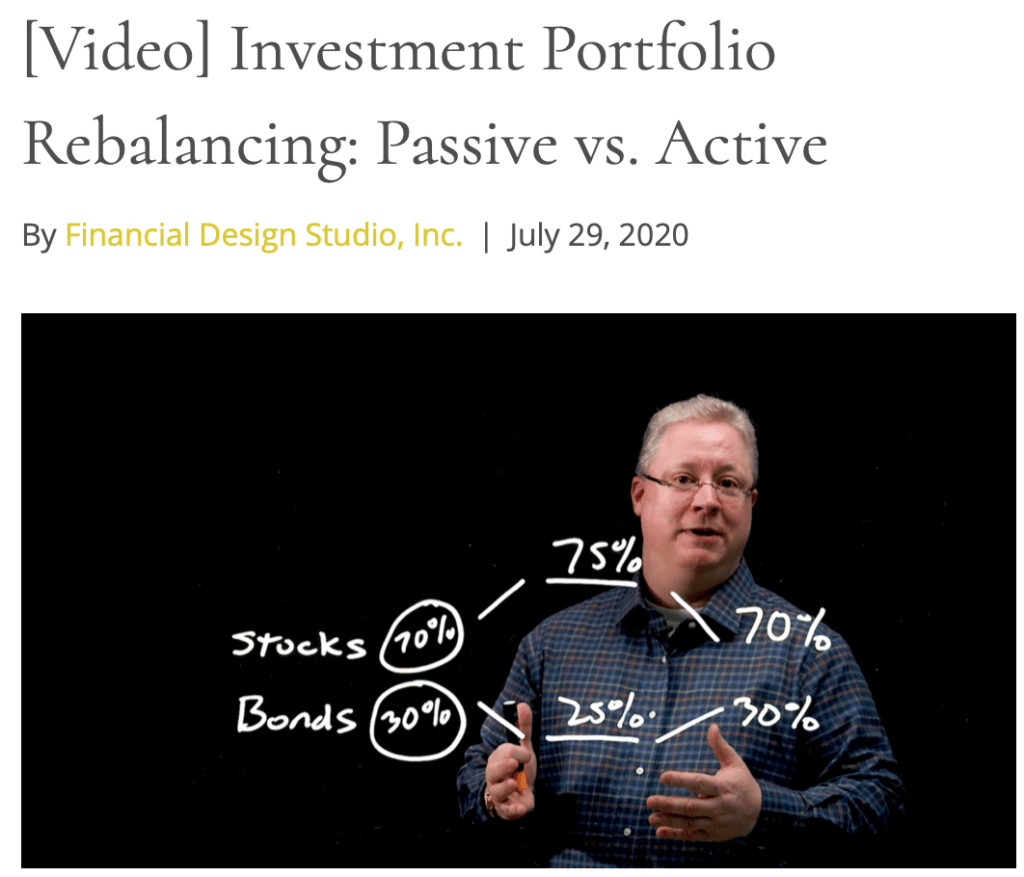 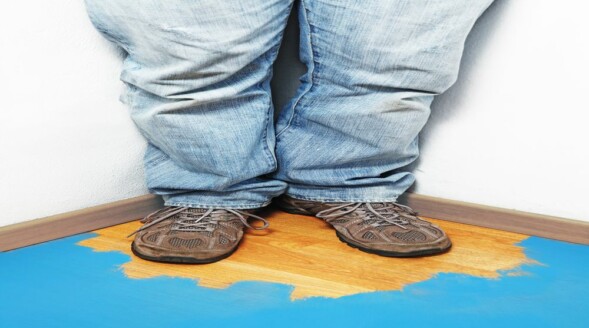 Federal Reserve is Boxing Itself Into a Corner

With inflation on the rise, we believe the Federal Reserve is boxing itself into a corner about future monetary policy. See why we believe it will be hard for the Fed to raise rates, even if inflation takes off. 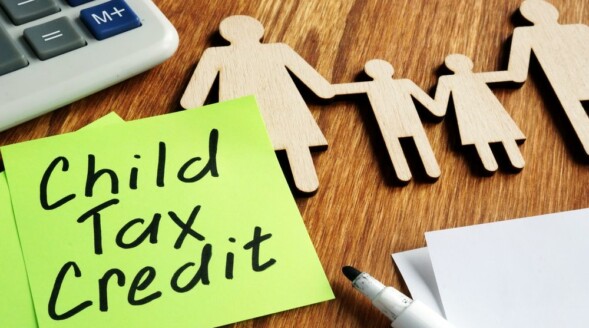 2021 Advanced Child Tax Credit: What It Means For Your Family

Another round of cash is coming for families with young children! Here’s what the 2021 Advanced Child Tax Credit might mean for your family.