What Does Fed Tapering Mean for Investors?

“It is an unquestionable fact that about every ten years there occurs a vast and sudden increase of demand in the loan market, followed by a great revulsion and a temporary destruction of credit.” John Mills, On Credit Cycles and the Origin of Commercial Panics (1867)

The Federal Reserve is the “Grinch” version of this tale. They’re warning investors they’re going to take the punchbowl away that has propelled stock markets to one record high after another. But unlike the Little Engine, they’ve never been able to take ALL the goodies away before the next crisis hit. Not only have they not made it up the hill, but when they slide back to the bottom, they end up further away than they were before!

In this week’s newsletter, we discuss what the Federal Reserve means when it says it’s going to “taper” bond purchases. And we’ll lay out some reasons we think the Fed will once again fail to normalize monetary policy, and why the risks of a policy failure are higher than they’ve been in a long time. Most importantly: What does Fed tapering mean for investors?”

The benefit of age is that you learn that life moves in certain predictable rhythms. Mark Twain was right when he said, “History doesn’t repeat itself, but it often rhymes.” That’s been the case with the Federal Reserve since the Internet Bubble burst in early 2000.

The bursting of the Internet Bubble was met with a policy response from the Fed that was unheard of. They took short-term interest rates from over 5% to just 1%. That didn’t stop stocks from dropping almost -50% from their early 2000 highs, but it caused a bonanza in the housing market as mortgage rates collapsed.

In 2004, Fed Chairman Alan Greenspan climbed into his proverbial Little Engine and told markets he’s starting to take the punchbowl away. He did, raising rates all the way back to 5% by early 2006. But taking away the punchbowl laid bare the bubble the Fed had blown in the housing market, leading to the 2007-2009 Great Financial Crisis.

I won’t bore you with the play-by-play of the following dozen years of policy failures. But the basic story has been the same. Fed responds to crisis with unprecedented easy monetary policy…which blows a bubble somewhere in financial markets…they then try to return policy to normal…only to find that normalizing policy pops the very bubble they blew. Rinse & Repeat, just like this old graph shows.

What Does the Fed Mean When it Says it Will “Taper” Bond Purchases?

On August 27, Federal Reserve Chairman Jerome Powell told an audience of central bankers and economists that the Fed was ready to “taper” their bond purchases. This is a big deal, because it’s the first sign that they’re thinking about taking the punch bowl away. But what is “tapering?”

When COVID hit in March 2020 and the global economy shut down, the Fed wanted to make sure that the financial system wouldn’t freeze up. So they began buying U.S. Government bonds (“Treasuries”) to the tune of $80 billion a month and another $40 billion per month of mortgage-backed securities (“MBS”). This has increased the size of their balance sheet by over $4 trillion since the start of the pandemic.

When the Fed talks about “tapering” purchases, it means that it will start buying fewer bonds in coming months. So instead of buying a combined $120 billion of bonds per months as they’re doing now, they’ll buy $100 billion, or $80 billion. Something like that. They’ll still be buying bonds, just at a slower rate.

Even though they’ll still be providing a lot of support to bond markets, the significance of tapering is that it draws investors’ attention to future interest rate hikes. In the last 20 years, each interest rate hike cycle has ended in tears as it popped bubbles in the financial system. Investors know this, which is why this baby step towards ‘normalizing’ monetary policy matters so much.

Why the Fed May Not Taper

Making a call that the Fed won’t taper their bond purchases when they’ve expressly said they’re going to do so might seem a dumb idea to put into print. But here goes.

First, the economy is already slowing. Wall Street economists started slashing their economic growth projections for the 3rd quarter of 2021 and for full-year 2022. The cuts to the current quarter have been quite dramatic frankly, falling from over 7% expected economic growth to possibly half that level, if the Atlanta Federal Reserve’s estimate is correct.

Likewise, consumer confidence has hit the skids after a rapid improvement this past Spring and early Summer. Delta is being blamed for this, but the survey also noted consumer uneasiness with food and gas price inflation (more on this soon.)

The Fed is a political organization above all else. Congress has given them a “dual-mandate” of achieving price stability and maximizing employment. This latter mandate – maximizing employment – has been the Fed’s #1 excuse for bastardizing monetary policy with one radical policy after another. I mean, who’s against people working??

Economic Cycles Always End After a Surge in Credit Expansion

John Mills penned the quote at the beginning of this newsletter all the way back in 1867. The young U.S. economy had suffered one panic after another, and economists were trying to figure out what the common factor was.

Each recession in U.S. history has been unique, but one thing that’s often in common is a surge in credit at the tail-end of the boom years. We can go down the list. The Savings & Loan Crisis of the 1980s. The Asia Crisis of the late 1990s. The bursting of the tech investment bubble in 2000. Housing Bubble in 2008. European Debt Crisis of 2011.

When the times are good, borrowers borrow. In each crisis listed above, there was a different ‘actor’ that got over their skis, gorging on debt in the good times.

The last big crisis in the U.S. was a consumer-led debt crisis. As mortgage rates plummeted, consumers gorged on mortgage and home equity debt. This debt not only bought bigger homes but also fueled consumer spending.

Here we can see how powerful the Fed’s unconventional, low interest rate policy can be. Remember, from 2000 to 2003 the U.S. economy was in recession, stocks were -45%, we had 9/11, and the Iraq War. Can you see any of that uncertainty manifest itself with a cautious consumer borrower during that time? Nope.

The good news, if there is any, is that after a credit bubble bursts, the most aggressive borrowers get religion. They deleveraged and stay away from debt like the plague. “I’ll never do that again!” And this is exactly what the U.S. consumer has done since the end of the housing crisis. They’ve done well to fix their balance sheets and today, are in great shape.

So who’s getting over their skis with debt today? Everyone else!

Our government has been spending like a drunken sailor since the housing crisis. Total debt has increased by a whopping $18 trillion in just 13 years.

Likewise, big companies, hedge funds, and private equity funds have taken full advantage of 0% short-term interest rates and the Fed’s assurance that it will bail out over-leveraged companies by buying their bonds. How else can we explain the fact that corporate debt increased by almost a trillion dollars during the Coronavirus-induced economic collapse? Insane.

Now ask yourself: “How will the Fed increase interest rates without causing government and corporate borrowers to suffer from higher interest costs?” The answer is, “they can’t.” Until they’re forced to, that is.

Will Inflation Pop the Fed’s Bubble?

We’ve all seen and felt higher prices over the last 18 months. What used to be a nagging sense that the cost of living was rising more than official government statistics has become as obvious as ever. The cost of everything is going up, and now it’s the important stuff – food, rent, and gas – that’s leading the way.

This puts the Fed in a bind. Remember, the Fed has two mandates: price stability and maximum employment. The way to control inflation is to slow the economy down, which they’re able to do by raising interest rates. But slower economic growth means more unemployment. They’re trapped.

If the latest stimulus bill being debated in Congress ends up passing, it will make a bad inflation scenario worse. Advance Child Tax credits are likely to be extended and enhanced. This causes aggregate consumer demand to increase as they’re getting free “stimmy” money they didn’t get before, and it also causes labor shortages as people aren’t motivated to work. Both are inflationary.

The Fed will soon face a couple of bad choices. They can choose to tackle inflation by raising interest rates. But that will mean pushing over-leveraged corporate borrowers and the Federal Government into a position of paying higher interest costs and/or defaulting on their debt. Which, of course, would cause unemployment.

Or the Fed can try to ignore inflation and keep employment at maximum levels. Which means an increasingly unhappy voter base who’s seeing their standard of living get whittled away by inflation.

Either of these two bad choices means a very uncertain investment environment. It’s why we continue to caution clients not to get too enamored with one record high after another in the stock market.

We are in very uncertain economic times. The conclusions John Mills drew about economic cycles 150 years ago applies to us today. When times are good, people become overconfident, they overborrow, and then when the cycle ends, they’re left in ruin.

Remaining sober-minded and disciplined while everyone else is merrily drinking from the punchbowl is hard. But you’re playing the long game. The Fed has given all of us the impression that there’s no risk to investing or borrowing. “Hey, if things get bad, the Fed’s got our back.”

That’s been true for the last 20 years, but I’m not so sure that will be the case in the future. Inflation is new. It’s here. And it’s going to put the Fed in a huge bind.

I can’t predict when the Fed is going to face its moment, but the recent tapering announcement starts the clock. Investors and borrowers are on notice. The Little Engine That Could is starting to pull the punch bowl away. 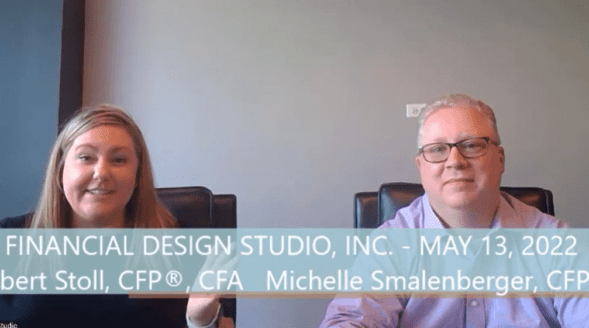 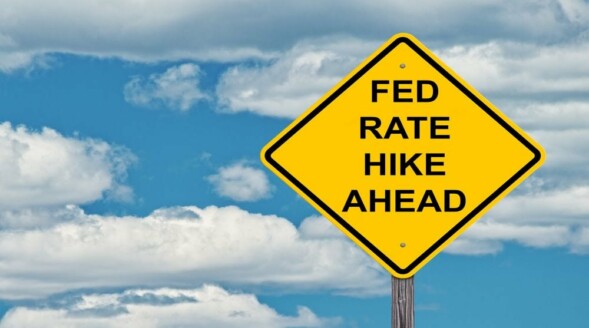