The last week of the 2017 first quarter has felt relatively quiet without large pending votes that may or may not signal expectations going forward.  The U.S. stock market indexes posted another positive quarter, which again brings welcome gains to investors’ accounts.

We could still see an upcoming vote on the proposed health care legislation.  As many expect legislation to be proposed for tax reform sometime this year, interestingly, it has been mentioned that these could even happen together, proposed in the same bill.  Now, whether this will actually happen or not remains to be seen, but the potential to make some real progress hangs just ahead of those willing to grab it.

Witnessing the recent healthcare vote and the lead up to it, the U.S. citizen’s gallery seat has shown an interesting observation.  We see, right now, a real chance for the Republican party to pull together and resolve contentious matters in order to make real, productive changes.  In order to move forward and bring about the reform necessary to propel our country forward there has to be constructive, cooperative conversation that leads to the best ideas as a result.  The best outcome that I hope we begin to see is that Republicans AND Democrats come together to really set our country up for a bright future of success.

In the upcoming weeks, we will be reviewing the past quarter results and start to gain insight into corporate strength when companies report earnings.  The worst performing sector for the first quarter was energy.  This week ConocoPhillips reported selling a portion of its oil sands.  Royal Dutch Shell had also made a recent decision to sell its tar sands.  These decisions show that energy companies have chosen to pay off debt rather than hope for a near-term bounce in oil prices.  Also showing that they even think the continued low prices may be here to stay for a while.  There is still a large supply of oil and natural gas which doesn’t quite seem to be re-balancing as quickly as hoped through the production cuts made by OPEC.  The rising number of rigs coming back online in the U.S. further increases the supply that already is high.

Because many other sectors performed so well in the first quarter, it just makes the story in energy stand out.

Joining energy in negative territory was the telecommunication services sector.

We should think about what is happening within the companies found in the top performing sectors.  We see many tech companies on the cusp of further innovation and technological advances.  As our population continues to age, research and technological developments of advancement in medicine to treat and manage diseases will only be further demanded.  Financials continue to move higher with the expectation of further rate hikes this year.

As mentioned previously, we will be looking for continued strength of corporations during earnings season which begins in April.  The first quarter earnings results can tend to be lower since winter weather and spring storms can affect company production and shipment of product.  We will still be looking for strength in reported sales, profits, and guidance going forward.

As always, stay on course with a diversified portfolio that benefits from growth in the economy. 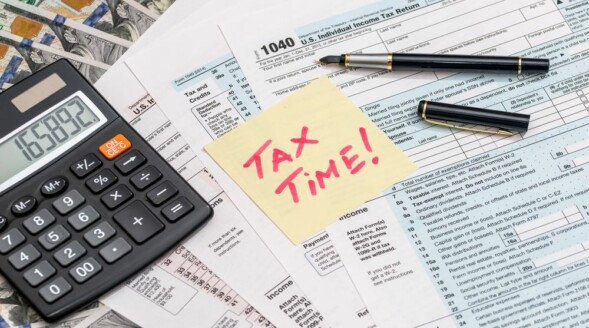