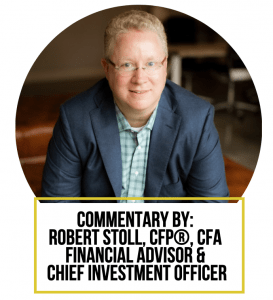 This was the curious headline in the Wall Street Journal recently talking about how German 10-year government bond yields (affectionately known as “Bunds”) climbed 0.15% in one week. That’s quite a move. But what wasn’t talked about is what the yield climbed too. As you can see in the chart below, the yield climbed all the way to -0.45%.

Low interest rates are a fact of life here in the U.S. But overseas, the amount of bonds with negative yields has grown significantly.

What’s going on? Better yet, how is that even possible?!?

Both Europe and Japan are struggling to grow their economies. They have aging demographics which have led to slow population growth. Europe is trying to hold on to the European Monetary Union they created in the decades following WWII. While Japan is still trying to recover from the bursting of their stock market bubble in the late 80’s.

To help stimulate consumption, both Europe and Japan have resorted to unconventional monetary policies. 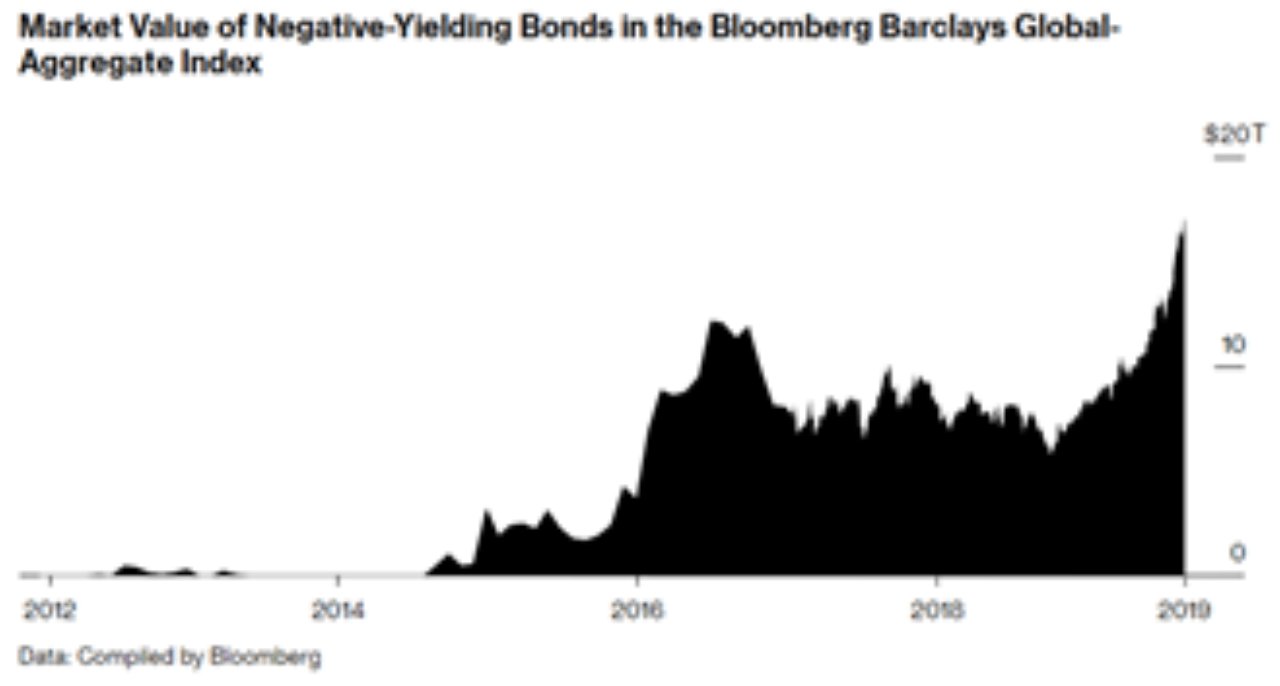 As recently as 2014 the whole concept of negative-yielding bonds was a fantasy. Yet these unconventional actions by central banks have resulted in government bonds and even some corporate bonds exhibiting negative yields.

All told, the sum of bonds globally that have negative yields tops $17 trillion.

Why Bonds Trade at Negative Yields

Negative-yielding bonds are not normal. They didn’t teach us about these in college finance courses. Nor were there any questions on the Chartered Financial Analyst (CFA) Exam regarding bonds with negative yields.

But they’re here, so it’s best to understand how and why this is happening.

Investors in these bonds are not writing checks to their government to cover the cost of negative interest. That would be a logistical nightmare. In the sidebar, I talk about the concept of Yield to Maturity, which looks at the total return of a bond based on its coupon (interest) rate and the gain or loss incurred from buying the bond at a price other than its face value.

To get a negative Yield to Maturity, an investor has to pay a high enough price for the bond such that they’re guaranteed to lose money on their investment. And that’s exactly what these investors are doing – choosing to lose money! There’s lots of theories about why anyone would choose to do that.

Here are two that I think are most likely:

Investors are fearful about the future.

When uncertainty is high investors like to buy government bonds. They’re guaranteed.

And when investors are fearful their only concern is making sure they don’t lose money. I think this is one of the key reasons why European government debt is trading at negative yields. The European banking system is weak, and the monetary union has come under question over the last 10 years as member countries have gotten themselves into trouble (Greece, Portugal, Spain, and Italy).

Investors believe that central banks will force rates even further into negative territory.

Prices of stocks and bonds reflect investor expectations about the future. And if investors believe that prices will be higher or lower in the future than they are today, they’ll buy or sell today to get ahead of the move. While negative-yielding bonds are highly unusual, a lot of investors believe that central banks in Europe and Japan aren’t done experimenting with low interest rates. Hence, they’re willing to pay high prices for these bonds because they expect the prices to go even higher.

Regardless of the reason why investors are buying these bonds, it’s important to understand how this impacts interest rates here in the U.S.

The Impact on U.S. Investors

Despite the fact the U.S. economy is strong, interest rates on U.S. government bonds are quite low by historical standards. That’s because there’s a global “flight to yield” where investors are trying desperately to get their hands on any bonds that’ll actually make them money.

When a Japanese investor has had their fill of 0% Japanese government bonds, they look overseas for better yields. And even though U.S. interest rates are low, they’re still positive! So overseas investors have shipped their money to the U.S. to buy bonds here. This has caused two things to happen.

1)  It has dragged U.S. bond yields lower. As overseas investors bid U.S. bond prices higher, the yields on those bonds is driven lower. (Bond yields move inversely with prices). U.S. Government debt, high-quality corporate debt, and High Yield debt are all trading at historically low yields because of this.

2)  It has caused the U.S. dollar to strengthen. A strong dollar might sound good but that’s not the case for everyone. As the U.S. dollar gets stronger, it hurts our manufacturing sector as prices for those goods get more expensive to foreign buyers. And a strong U.S. dollar hurts investors who own international and emerging market stocks.

This has been the global investment dynamic for the last 10 years. No one knows how much longer this can go on. But given how unusual it is to have interest rates this low, it’s best to prepare for a future where some of these dynamics start to reverse.

Wondering how this affects your future finances? Schedule a call with Financial Design Studio to discuss your portfolio today.