Is Inflation Transitory or Not?

The biggest investment debate of 2021 is about the future of inflation. One side of the debate believes we’re entering a new period of sustained, higher inflation after 40 years of low and declining inflation. The other side of the debate believes that the high inflation readings we’ve seen in 2021 will prove fleeting, and that we’re destined to return to the low-growth, low-inflation environment we were in pre-pandemic. This isn’t a trivial debate, as the investment implications of either outcome are diametrically opposed. The question to ask is, “Is Inflation Transitory or Not?”

How High Was June 2021 Inflation Compared to History?

June 2021 inflation readings were reported last week. Consensus expected inflation to remain high due to “base effects” as the economy lapped a drop in prices a year ago, because of COVID-19. But the actual inflation numbers were well-ahead of expectations.

Many observers like to look at the Consumer Price Index excluding food and energy costs, which can be volatile. Looking at this index, we find that the June 2021 reading was the highest since November 1991.

What drove inflation in June? There were many culprits, but one of the biggest ones was the continued jump in used car prices. These prices have been pushed higher because of a shortage of new car inventory, which is being affected by the global computer chip shortage.

Regardless of what drove inflation in June 2021, it’s clear that the inflation trend is broad. The chart below by commentator John Authers from Bloomberg shows that “core” inflation was the highest in decades, even excluding food, energy, AND used car prices.

I like to call this inflation index, “Consumer Price Index, excluding all the bad stuff.” Okay, it’s the highest in 30 years, but is inflation going to be transitory or not?

Arguments in Favor of Transitory Inflation

There are some good arguments that the current lift in inflation will work itself out. First, we noted the “base effects” of current (higher) inflation numbers lapping unusually low readings a year ago during the COVID panic. We included a chart in a February post arguing these base effects would peak in May. In fact, they continued to rise in June. But in the future, this base effect will diminish, putting downward pressure on inflation readings.

Second, we’re seeing signs that supply issues are working themselves out. When supply is tight, people and businesses bid up prices in order to secure the good. This was most clear in lumber for homebuilding, where prices surged early in 2021.

Lumber prices tripled from November 2020 into early May 2021. Since then, however, prices have crashed -65% as supply/demand dynamics corrected themselves. There’s an old saying, “The cure for high prices is high prices.” And that’s clearly the case with lumber as homebuilders balked at early 2021 prices.

Used car prices were up over 50% y/y as recently as April. But that pace is slowing.

Arguments in Favor of Sticky Inflation

We’ve been in the camp that inflation is going to prove sticky and dominate the investment landscape in coming years. Our view is unchanged. There are a couple of reasons for this.

First, is the impact of much higher home prices. Home prices are not a direct input in the government’s inflation readings. Instead, the government uses a concept of “owners equivalent rent” to measure changes in how much it costs to own a home. There’s some controversy about how this is calculated, but we’ve noticed that home prices lead moves in this component of inflation by about 18 months.

The recent surge in home prices is going to lead to a rise in the Consumer Price Index’s Owners Equivalent Rent (OER) reading. If history is any guide, this will put upward pressure on inflation a year from now, at the time that “transitory” components fade. But remember, OER is a much bigger component of inflation than used car prices!

Here’s a real life example of apartment rents going up. Our daughter and son-in-law recently purchased their first home. The landlord of the apartment they were renting advertised – and got a new renter – at a monthly lease cost 20% higher than they were paying!

Finally, we remain convinced that what’s new with the future (higher) inflation dynamic is politics. Americans once sneered at the idea of the government sending checks directly to people. But COVID stimulus checks and Advance Child Tax Credits paid monthly change that.

Is Inflation Transitory or Not?

The answer to this week’s topic is “Yes.” Yes, there are aspects of current inflation readings that will prove transitory and roll off over the next 12 months. But Yes, there are major pockets of higher inflation that have yet to feed through official inflation statistics.

Big debates like this lead to volatility, which is exactly what we’ve seen in bond markets during 2021. Early on, it looked like inflation would take off, and interest rates rose sharply as a result. More recently, the “transitory” side starting claiming some wins, and interest rates have dropped.

It’s important to emphasize that we at FDS don’t take directional views of stock and bond markets. We have our views and opinions, yes, but we’re cognizant that no one can time every single move the market will make.

That’s why we invest much time and energy in creating well-diversified portfolios for clients, and then rebalancing them regularly. Our goal is to take advantage of periodic volatility as these debates swing from one side to the other. Trimming asset classes benefitting from one side’s debate “wins” while adding to classes that are “losing” the debate.

The structure of your portfolio and the process in place to keep your investments in-line with your goals makes FDS investment management unique. Would you like to learn more about how we manage your hard-earned savings? 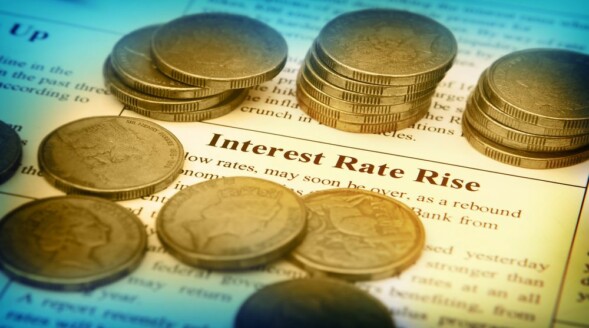 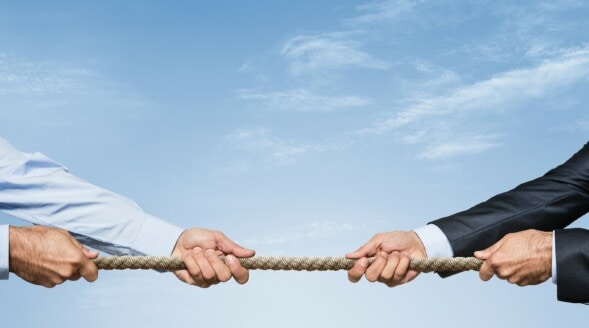 As we head into 2022, a key question on the minds of many investors is: Will Value stocks beat Growth Stocks? Find out what the difference between growth and value stocks is, and why we think value stocks may finally start outperforming growth.