Hurry Up And Wait!

The Senate voted to pass the budget which now paves the way for tax reform in the bull market we are in.  Optimism is growing that tax reform can get done before year-end but only time will tell.  We are remaining hopeful that we see meaningful progress toward tax reform in the coming weeks.

We are also still awaiting the President’s decision for who will fill the position of Federal Reserve Chair.  Continued performance could be affected depending on who is chosen.  We are used to Janet Yellen, currently the Fed Chair, who has led with actions that are smoother rather that quick and reactive in nature.  If she stays as the next Fed Chair we would expect continued normalization of rates.

If someone like John Taylor were to be chosen for the position we expect a faster pace to normalization of rates.  Given the strong economy and the strength of corporate earnings we are seeing we don’t expect it to cause harm the equity market.  Remember that higher interest rates are good for savers as we begin to earn higher interest for cash in savings and CDs.  Raising rates also mean that the economy is healthy enough to withstand them.

We also continue to wait for upcoming earnings that are to be released this week.  Thus far we have seen continued earnings growth for continued strength of corporations.

Why do these decisions matter to your investments?

The items we have noted could make a big difference for whether the market continues to push higher or whether we see a pullback.  While there is still optimism that this bull market can continue we are also still aware that market cycles are just that, cycles.  So we know at some point we will see a pullback, so we need to keep diversified and alert.

So until we know the result of the impending decisions like you, we will hurry up and wait too. 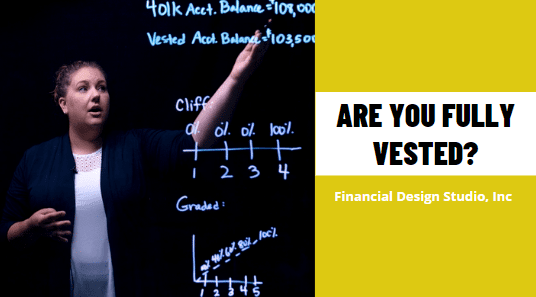 Are You Fully Vested? [Video]

Have you ever looked at your retirement account statement and noticed two different balances?  Today let's discuss the vested balance.